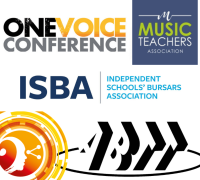 At the beginning of June, Black Cat Music & Acoustics ended a busy run of five shows and conferences in four weeks at Alexandra Palace for the Association of British Theatre Technicians’ 2019 Theatre Show.

The busy Theatre Show included a symposium, organised by Black Cat alongside our friends from Wenger Corporation in America, titled “Future trends in design, technology and safety” and included presentations by Tom Stickland from the Theatres Trust and international safety inspector Oliver Leigers from Germany.

The show capped off a busy four weeks which included the One Voice Conference, the UK's largest voiceover event, held in London, the Music Teacher’s Association/MMA Conference at Bromsgrove School in Worcestershire, the biennial Musikschulkongress in Berlin and the popular Independent Schools’ Bursars Association Conference in Manchester.

Speaking after the ABTT show and symposium, Black Cat’s Managing Director, Alice Dagger said “what a great way to end such a busy month! The symposium brought together experts from America and Europe to talk about theatre related topics such as virtual acoustics, mobile staging and systems integration.”

The Black Cat team will not be resting for long, four more conferences in the UK and Europe are planned in the Autumn.